We have been writing about the Linux commands, how to create live CD/USB to run Linux OS and more about this operating system, but many people do not even know what is Linux. So, in this article, I’ll explain What is Linux, Linux distributions and will give you an overview of Linux.

Linux is an Operating System which is free to use and is very similar to the other operating systems, such as Windows or Mac. Linux was assembled under the model of free and open-source software development and distribution. Linux has many flavors (Linux distributions) such as Ubuntu, Kali Linux, OpenSUSE, Fedora, and many more. 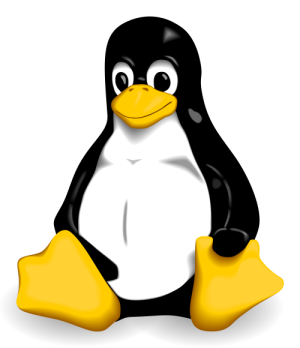 As an operating system, it is the software on a computer that enables all of the other software known as applications to access the devices on the computer to perform desired functions. In simpler terms, Linux is a software that sits underneath all of the other software, receiving requests from those programs and relaying these requests to the computer’s processor. The processor performs the tasks given to it, then sends the results back to the application via the operating system.

Even the Android platform is based on the Linux Kernel. Android is a mobile operating system currently developed by Google and is the most distributed platform on smartphones as of now.

What is the difference between Unix and Linux?

If you are familiar with Linux, you must also have heard about Unix. Unix is also an operating system developed in the 1970s. Linux is considered as a Unix-like computer Operating System and hence, both are similar in many ways. However, the key difference between them is that Unix is not free, whereas Linux is free and open source software (i.e Source Code of Linux OS is available on the internet to the public). Anyone with appropriate skills and knowledge can edit and contribute to this free operating system. Moreover, Linux is highly customizable and is generally used in home computers while Unix operating systems were developed mainly for mainframes, servers, and workstations. Mac OS X, Solaris, Linux are the examples of Unix operating system.

What is a Linux Distribution?

A Linux distribution, also known as distro, is an operating system made as a software collection based on the Linux kernel. There are many distros of Linux. Every Linux Distribution has different UI (User Interface), and you can choose one depending upon your hardware and personal taste, but the kernel remains the same. Most distributions offer pre-compiled packages of most common tools, so you needn’t be a programmer to install a package on your system.

There are many reasons to choose Linux OS as your primary operating system. Some are listed down below:

So this is what Linux is all about. If you still got a doubt, hit us in the comments below or you can check out the Top Linux Commands for the Newbies.

Also read: Top  5 Linux Distros You Should Try Out.

2 thoughts on “Getting to Know the Linux OS”